A lesson to remember- liability 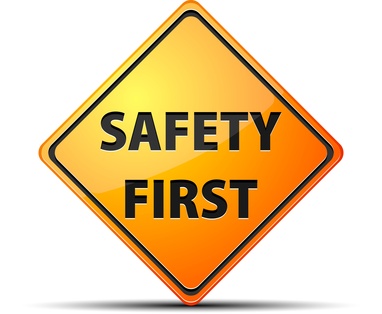 In April of this year, a jury in Erie County, New York returned a verdict in a case against a personal trainer for $1.4 million, which included $1million for future pain and suffering and $400,000 for past pain and suffering. However, since New York is a comparative negligence state where fault is balanced among the parties, the verdict was reduced to $980,000 due to the jury’s finding that the plaintiff was 30% at fault. The verdict may well represent one of the largest awards issued by a judge or jury related to the provision of service by a personal trainer to a client.
Essentially, the action alleged that the plaintiff client began personal training in an effort to stay active as recommended by her physician. That physician had previously performed back surgery on the plaintiff. In her court filings, she alleged that she informed the defendant trainer of her condition and was assured by him that he could train her in safe exercise activities given her physical condition from the surgery. She was later injured during her last workout with the personal trainer on March 4, 2008 when she claimed to have suffered severe and permanent injuries to her back.
The complaint and later the plaintiff’s Second Supplemental Verified Bill of Particulars specified the allegations put forth in this action. The following allegations were made against the personal trainer wherein the plaintiff alleged that the trainer recklessly, negligently and carelessly failed:

The allegations against the health and fitness facility also included the following similar claims:

Prior to trial, the plaintiff’s lawyer, New York lawyer, Joseph D. Morath, Jr., took the trainer’s deposition. This pre-trial testimony indicated that the trainer graduated from college with a degree in health/wellness exercise physiology and had taken classes over a four year program in anatomy, physiology, exercise physiology, kinesiology and sports nutrition. He had previously been certified as a strength and conditioning specialist by the National Strength and Conditioning Association (NSCA) but had let that certification lapse by the time he trained the plaintiff. Apparently, this trainer never had the plaintiff fill out a medical questionnaire since he felt he knew the client’s “body, inside and out.” However, he did candidly admit, “I knew her for a year and a half and I guess I wasn’t thinking that maybe I should have her fill this out [a medical questionnaire] to cover my ass.” During his pre-trial testimony, the trainer admitted that he had no contract document with the plaintiff, that he had not used any medical questionnaire in connection with training her, and that he had no “written records whatsoever of any of the workouts [the client] . . . ever participated in [at the defendant facility].”

On the day the client was injured, the plaintiff, who weighed 125 pounds, was directed by the personal trainer to perform sets of burpees, jumping jacks and dead lifts with a seventy-five (75) pound weight load. Apparently, no rest between each exercise was provided to her by the trainer.

At trial and on cross-examination by the plaintiff’s lawyer, the trainer admitted to knowing about the American College of Sports Medicine (ACSM) and the National Strength and Conditioning Association (NSCA) and their recommendations about having a client fill out a medical questionnaire prior to training. However, the trainer also admitted, despite the recommendations of at least these two “respected” fitness industry organizations as he characterized them, that he didn’t have the plaintiff get any kind of clearance from her doctor. While the trainer also admitted that he should have followed the NSCA recommendation on client medical clearance as a rule when he was affiliated with NSCA, he ceased viewing that rule as anything more than a recommendation once he did not keep up his NSCA certification and let it lapse. In this regard, he testified “What I’m telling the jury is that, when I was affiliated with the NSCA, I would follow their rules. If I am no longer affiliated with them, I don’t need to follow their particular worded rules.”
The plaintiff argued that the trainer’s workout routines for the client, given her extensive medical history, were not appropriate and caused her injuries. The plaintiff also argued that the training was done without the use of a medical questionnaire prior to activity despite the existence of standards or at least recommendations developed by the foregoing and respected fitness organizations. Lastly, the plaintiff also focused on the trainer’s lack of written records and his lack of certification when he trained the client to attack his method of training.

Points to Consider
While certification as a personal trainer is not a license issued by any governmental entity, it does provide some evidence of professional competency. Such certifications should be obtained and kept current by personal trainers. A certification should come from an accredited fitness professional certification organization such as the Aerobics and Fitness Association of America (AFAA), the International Sports Sciences Association (ISSA), the ACSM, the NSCA or another organization which is accredited by either the National Commission for Certifying Agencies (NCCA) or the Distance Education Accrediting Commission (DEAC) as recommended in 2006 by the International Health, Racquet & Sportsclub Association (IHRSA). Secondly, the standard of care for the industry specifies that written clearance documents be used for an evaluation of a client’s readiness to begin an activity program – either with or without medical consultation – before that activity starts and at intervals thereafter. Thirdly, the creation and maintenance of written or other documented form of client records is part of the standard of care for the industry and such records should be developed, used in reference to the provision of services to clients and maintained by fitness professionals.

All fitness professionals should remember, “Adherence to published standards of practice decreases legal liability exposures, whereas the failure to adhere to them increases legal liability exposures.” In practice, following these three fitness industry standards of care may help arm all personal fitness trainers with the ability to withstand a verdict like that rendered in this case.
In summation, personal fitness trainers should:
• obtain an accredited certification and keep it current;
• use pre-activity screening devices; and.
• develop, use and preserve written or documented client records.

This publication is written and published to provide accurate and authoritative information relevant to the subject matter presented. It is published with the understanding that the author and publisher are not engaged in rendering legal, medical or other professional services by reason of the authorship or publication of this work. If legal, medical or other expert assistance is required, the services of such competent professional persons should be sought. Moreover, in the field of personal fitness training, the services of such competent professionals must be obtained.

4. Dave Parise Expertwitnessfitness.com  expert opinion:  Readers should remember that screening devices are used with clients before fitness activities are commenced and at intervals thereafter for the purpose of determining if a client may safely proceed or continue with an exercise activity program with or without a medical practitioner’s approval – not solely to cover a personal trainer from potential litigation and liability. However such documents should always be used for the benefit of the client and to demonstrate the personal trainer’s adherence to the standard of care as set by the fitness industry.